We have 15+ years experience in documentation processing, Dubai trade license setup, company formation in UAE and visa processing services. We have a great team of experienced Documentation Consultants and PRO’s.

Our Services Get Started

Register virtual office. benefit from our prestigious address and your personal receptionist.

Setup a Mainland company in Dubai. The UAE government’s new company laws, flexible regulatory procedures, quick timelines, and easy approval processes have made the Mainland License a favorite choice amongst the region’s start-up community and investors.

The UAE offers a wide range of affordable business setup options all across the country. The Northern Emirates with strong business and logistical links is a great choice for entrepreneurs that are looking to start small but dream big. You can now start your business for as low as AED 5,750.

Dubai Business Consultants is a leading firm of IP professionals and attorneys that provides its esteemed clients first-rate, cost-effective, and time-efficient services in relation to acquisition, registration, protection, enforcement and commercial exploitation of their Intellectual Property (IP) rights including trademarks, patents, industrial designs and copyrights, etc.

We have the best team of Business Setup Consultants and Legal Advisors. They analyze and understand your business requirements and protect you from getting into any legal complications during this initial process and as well as in future.

The foreign registration of a trade mark does not automatically give the trade mark protection in the UAE unless it is a well known one. Only then is it protected under the UAE Trademark Law and Paris Convention, according to a precedent set by the Dubai Court of Cassation.

The foreign registration of a trade mark does not automatically give the trade mark protection in the UAE unless it is a well known one. Only then is it protected under the UAE Trademark Law and Paris Convention, according to a precedent set by the Dubai Court of Cassation.

The Cassation court has further held that in order to protect a trade mark in the UAE, the trademark must either be registered at the Ministry of Economy and Commerce, or used in commerce in the UAE market.

The Cassation court issued the verdict following a civil claim over the owership of a trade mark.
The petitioner alleged that the respondent unlawfully registered the trade mark ‘Asrar’, which he had previously registered in his name in Cyprus, on February 20, 1996.

The petitioner alleged that when the respondent came to know of the matter, the latter offered to pay him Dh100,000 to give him the trade mark.

The petitioner claimed that the respondent then registered the trade mark unlawfully in the UAE as he had rejected the offer.

The Court of First Instance rejected the case and the Court of Appeal upheld the decision. The petitioner then brought the case before the Cassation court requesting it revoke the decision of the lower courts.

The petitioner quoted the Trade Mark Law No. 7 of 1992, Article No. 2, which defines a trade mark as “anything having a distinctive form such as names, words, signatures, letters, figures, drawings, etc.”

He also claimed that he was the first to have created and registered the name in Cyprus, and intended to register the name in the UAE and other Gulf countries and most of the world.

The petitioner further argued that the respondent was unlawfully using a trade mark intentionally to create confusion with the original trade mark created by the petitioner.

He blamed the two lower courts for not considering the Executive By-laws Concerning Suppression of Fraud and Deceit in Commercial Transactions which prohibits fraud or imitation of trade marks.

He also blamed the two lower courts for failing to apply the provision of the Paris Convention on Protection of Industrial Ownership, to which the UAE is a signatory, which obligates the UAE to protect trade marks and prohibits the unlawful use of any mark belonging to another.

The Cassation court stated that the petitioner had not proved to the court that the mark was well known, and that was enough reason to reject the case.

As well, he had not presented the design of his trademark, as registered in Cyprus, to the court so as to enable the court to compare the two trade marks and check the authenticity of the claim that the same trade mark was being used.

The respondent, on the other hand, had registered the trade mark in the UAE on September 21, 1996. The Court of Cassation, therefore, rejected the petition, obliging the petitioner to pay the legal expenses, Dh1,000 as attorney fees and confiscated the deposited insurance. 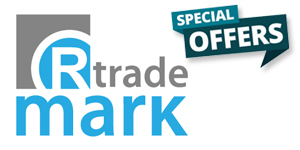 We offer business setup services at affordable charges and we guarantee a hassle free and quick documentation. AED 2800/- LICENSE PACKAGE Everything from Consultation Package plus Obtain TradenameObtain Initial ApprovalObtain …

AED 5200/- Dhs Everything from License Package plus External Department ApprovalImmigration Card Labor Establishment Card UAE Offshore Company Our team can assist you with Offshore company formation in UAE. An offshore …

WE ARE ACCEPTING NEW CLIENTS.

For any queries regarding your company formation in UAE and other documentation services, you can reach to us.

We are always happy to help and assist you. We guarantee hassle free and quick documentation at affordable cost.